Seals, gaskets, and filters are all common small parts of industrial pieces of machinery and equipment, but these are also some of the most commonly misunderstood components, especially lip seals. Lip seals are rubberized seals that are specifically designed to fit over a usually rounded lip of an opening of a piece of machinery. The seal's purpose can be to provide a tight closure or to retain moisture so a unit doesn't leak. Here is a look at some of the most common questions about lip seals.

What are the best features to look for in quality lip seals?

There are many different lip seals on the market, so finding the best can seem to be somewhat of a challenge. However, there are specific attributes to look for in lip seals that will tell you they are quality made. A few examples include:

Are a lip seal and a radial shift seal the same thing?

Essentially yes. Lip seals and radial shaft seals are the same thing and are often used as interchangeable terms, although this is not technically correct.  Because radial shafts utilize a lip seal most commonly, the lip seal often gets called a radial shaft seal, even the lip seal can be used for a variety of other applications. A few examples of other applications for lip seals include for hydraulic pumps, power steering pumps, valve stems, and even axle connections.

What are some signs that a lip seal has gone bad?

The signs that should tell you if a lip seal has gone bad can depend on what application the seal is being used in. However, there are some general signs that a seal should be replaced as soon as possible. For example, if the seal is cracked, has notches taken out, or appears to be rigid instead of flexible, it is a sign that the seal is old and should be replaced because it will not effectively seal off the closing or coupling. In some cases, a lip seal can also become warped if it has been exposed to extremely hot temperatures. This is hard to see with a naked eye while the seal is still in place, but will usually leave you with leaking fluids or an improper closure. 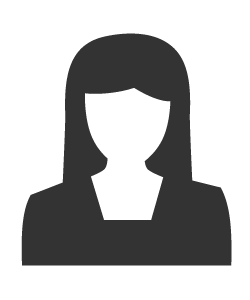 Why Use Pressure-Treated Lumber On Your Construction Project?
27 May 2022
While wood is a strong and effective building material, it doesn't last well in some conditions. This doesn't mean that you can't use lumber in your b …

Great Ways To Save On Residential Heating Oil
11 April 2022
A lot of residential heating systems today are powered by oil. It helps these systems run efficiently. If you're looking to buy some and hopefully sav …

When To Consider A Fire Suppression System For Your Kitchen
28 February 2022
Kitchen fires can be devastating for any commercial foodservice business, but they can be avoided or minimized with the right kitchen suppression syst …